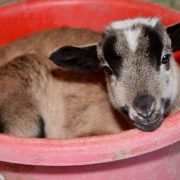 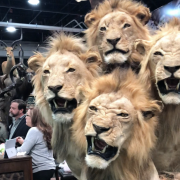 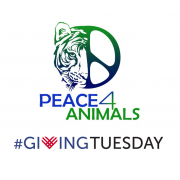 As Peace 4 Animals looks forward to a new year of making a difference in the lives of animals in need, endangered, or at risk, we continue to promote the many benefits inherent to a plant-based lifestyle. It’s also a special time to reflect on and share some of the significant contributions our non-profit organization has made during 2017. Thanks in large part to our compassionate and generous donors and partners.

We could not accomplish all that we do without the continued support from people like you!

Peace 4 Animals is so honored to announce that we are stepping into 2018 as a proud partner of the always-inspiring Dr. Jane Goodall and the Jane Goodall Institute. This collaboration is going to make big waves in the ever-growing plant-based community beginning in 2018.

Peace 4 Animals was extremely involved this year in not only protesting against the horrific dog and cat meat trade, but also creating change to put an end in the near future to the Yulin Dog & Cat Meat Festival in China.

Peace 4 Animals also placed billboards in Los Angeles following the Yulin Dog & Cat Meat festival to remind people that they must continue to fight to end the horrific festival once and for all while simultaneously promoting veganism with the slogan “Why Love One And Eat The Other?” Comparing a dog to a cow in the billboards.

Peace 4 Animals was also on the ground in Texas helping to save abandoned animals with Austin Pets Alive following the devastating aftermath of Hurricane Harvey. Peace 4 Animals and WAN founder Katie Cleary organized a group of volunteers that included actress Maggie Q and Simone Reyes.

Last week, Peace 4 Animals also contributed to the successful transfer of more than 60 dogs affected by the hurricane who were housed at a temporary shelter that is scheduled to be under construction throughout December. Many thanks to Lucy Pet, which supplied vets on the ground including Doctor Karen Halligan.

Peace 4 Animals also had the pleasure of collaborating with race car driver and environmentalist, Leilani Münter, as she reintroduced her ‘Vegan Powered’ race car at this year’s Talladega and Daytona races. In addition to sponsoring the car along with A Well-Fed World and World Animal News, Peace 4 Animals contributed to fulfilling Leilani’s goal to serve free delicious vegan food to the charged-up crowd of spectators and plans on doing it again next year.

A most recent accomplishment took place days prior to the devastating Napa Valley fires. Fortunately, Peace 4 Animals was able to team up with others to spare the life of Red, the cow, after hearing he was at a farm which was preparing him for slaughter.

Peace 4 Animals sponsored the rescue of Red and was among those that arranged for the transportation necessary to move him from Southern California to his new forever home at Jameson Animal Rescue Ranch (JARR) in Northern California.

Fortunately, Red was safe and secure with a foster family when the devastating Napa Valley fires charged through the town.

On the wild side, Peace 4 Animals & World Animal News is thrilled to support and partner with Damien Mander’s incredible organization International Anti-Poaching Foundation to save the last of our Rhinos and Elephants from extinction in the wild in Africa. Among its many contributions to the organization, as one of their main supporters, Peace 4 Animals is responsible for their team on the front lines in receiving a new anti-poaching vehicle. 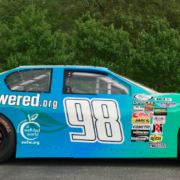 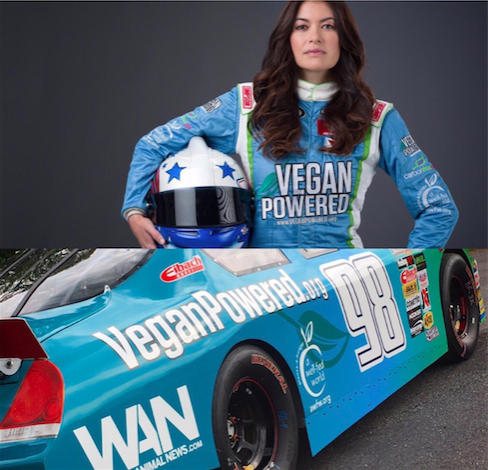 World Animal News and Peace 4 Animals are excited to come on board to sponsor Leilani Munter’s Vegan Powered race car at Talledega this year, following her ARCA series race at Daytona this past February.

Leilani raced the No.15 Vegan Powered race car in the ARCA Series opener at The Daytona 500.

The VeganPowered.org sponsorship also provided the campaign with free vegan food giveaways to thousands of race fans during Daytona Speedweeks, including the day of the Daytona 500 when over 100,000 were in attendance.

Leilani is reintroducing her ‘Vegan Powered’ theme with support from World Animal News, Peace 4 Animals and A Well-Fed World. This time with the new number 98 car, new racetrack, same message.

“We support Leilani’s incredible activism, strength and determination, as she effectively combines her voice for animals and the vegan movement, together with her passion for racing”. “Leilani is changing the game for animal welfare and veganism across the country; helping to bring it to light in the mainstream in order to save more lives, human and animal alike”. “We are by her side 100%, rooting for her to win at Talladega this year.”
-Katie Cleary 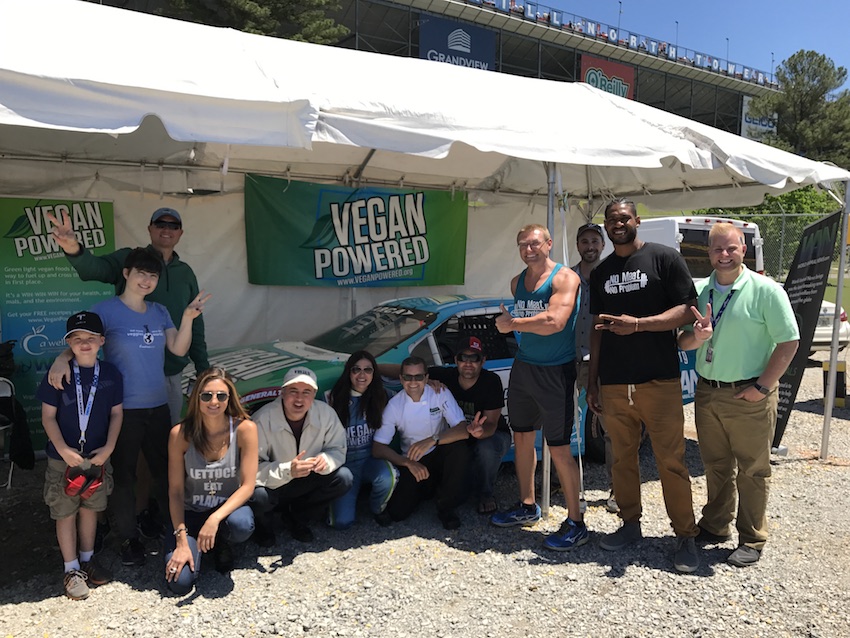 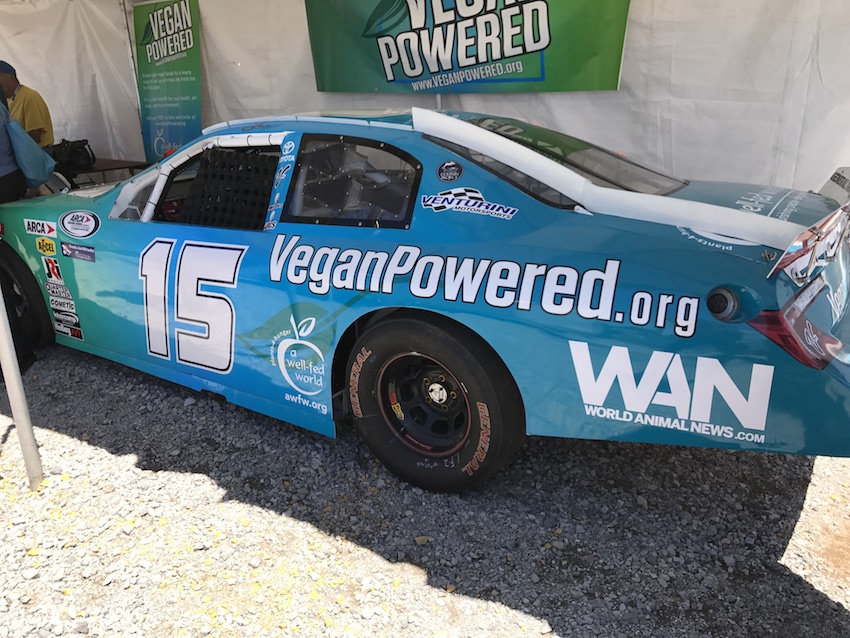 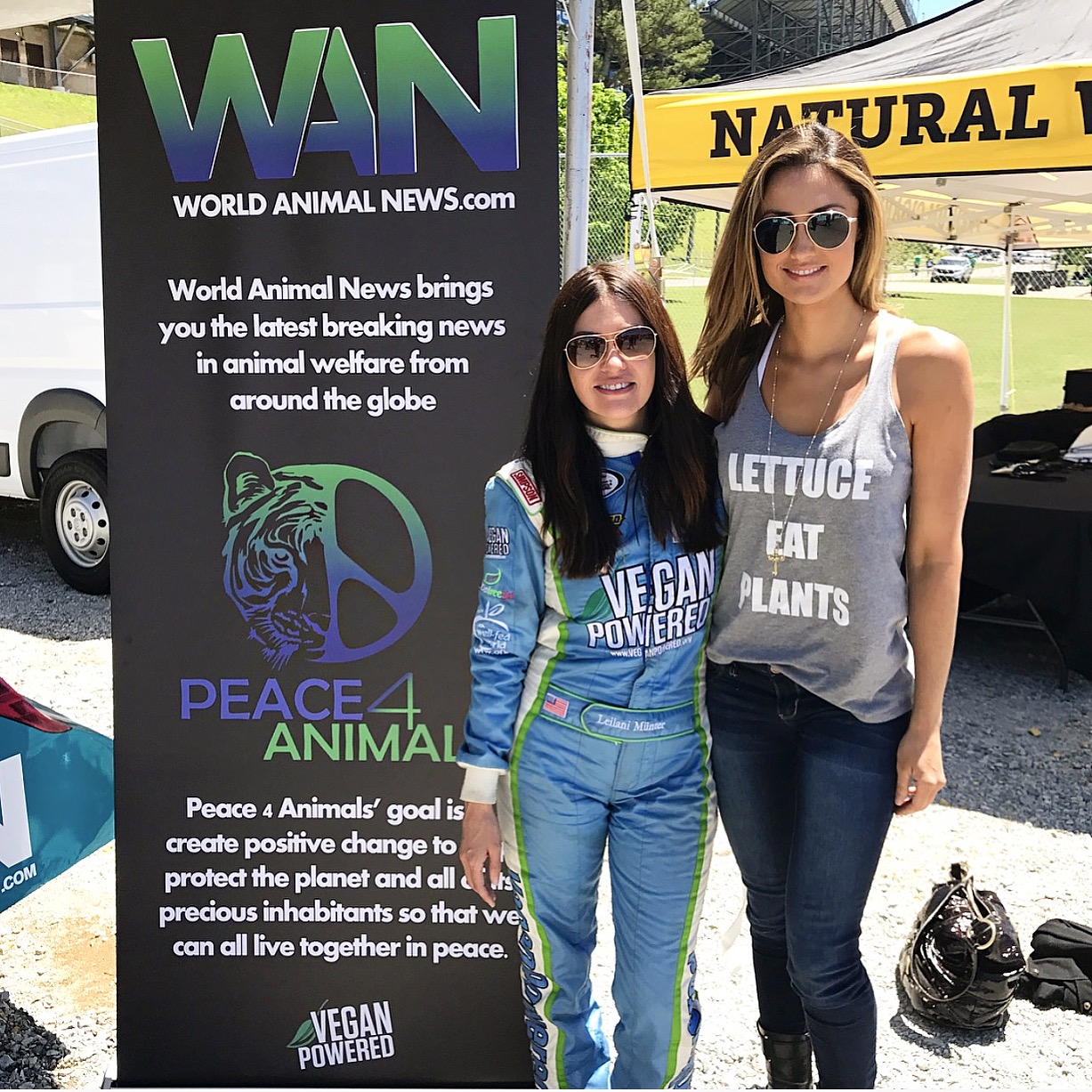 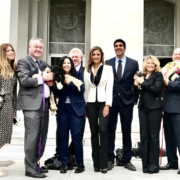 • The Pet Rescue And Adoption Act (AB 485), requiring dogs, cats and rabbits sold in California pet stores to be rescued from animal shelters or rescue groups.

• The Police Canine Encounters Protection Act ( AB 1199), to give law enforcement the required training to use non-lethal methods when encountering a dog during a call at someones home or in the field. 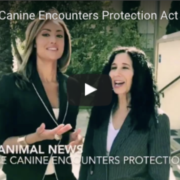 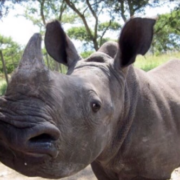 An Indiegogo fundraising campaign was launched by an orphanage volunteer, Megan Richards, with a goal of reaching $55,000 USD, which would enable them to keep the remaining baby rhinos safe for one year.

WAN and Peace 4 Animals donated the final amount that the campaign needed to reach the orphanage’s goal of 55k. The baby rhinos are now safe for the year! 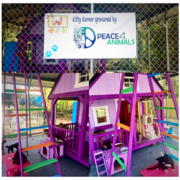 The grand opening of the center was a huge success and brought roughly 500 dogs and cats who had been rescued from across the country, with the help of 150 volunteers, 25 transport vehicles and 15 airplanes, which flew them to the sanctuary!

A huge thank you to Lorenzo Borghese, Karen Talbot and the Animal Aid USA team, for your impeccable work in rescuing and providing homes for so many precious animals in need! 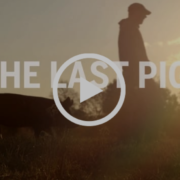 After learning about the documentary “The Last Pig” which follows the life of a pig farmer who grapples with death, searches for compassion, and finally finds the courage to change, we were inspired to help.

The film follows, Bob Comis, a pig farmer who has provided a humane—even idyllic—life for the 250 pigs he farms. He develops a closeness that begins to haunt him, and his weekly trips to the slaughterhouse become agonizing.

Through his personal journey, “The Last Pig” raises crucial questions about equality, the sanctity of life, and the value of compassion. Comis’ soul-bearing narrative carries us through his final year of farming pigs, the struggle to reinvent his life, and the ghosts that will haunt him forever.

The documentary is scheduled to be released in May 2017. For more information about “The Last Pig” visit: http://www.thelastpig.com. 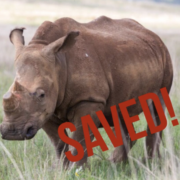 Nellie’s rough patch began after she was shot twice by poachers in 2016. Miraculously she survived, and while being treated for her wounds, she was found to be pregnant.

Nellie was soon sold by her owner who no longer wanted to keep rhinos on his farm after fearing more poaching attacks. She was moved to a new farm, but sadly had not taken well to her new environment; so much so that she had developed a deep depression, possibly PTSD, which was causing stomach ulcers. Ulcers in rhinos can harm the baby and eventually lead to death. Her owner feared that he would lose her and the baby due to depression, illness or injury, and decided to sell her.

Following the breaking news of Nellie’s terribly sad story, a South African-based charity intervened and offered to buy Nellie to ensure that she and her baby will be safe. They raised nearly 50% of the $30,000 needed in just fourteen days, but they still needed another $15,000 to move Nellie to safety.

Due to incredible and powerful community support, Nellie was SAVED! WAN, Peace 4 Animals & friend Duffy put in the final amount needed to save Nellie and her unborn calf from being sold to China. The collective effort from so many wonderful people to make this happen was unbelievably inspiring!

Nellie has been moved to her new sanctuary and is about to give birth! This is great news for the survival and future of her species!