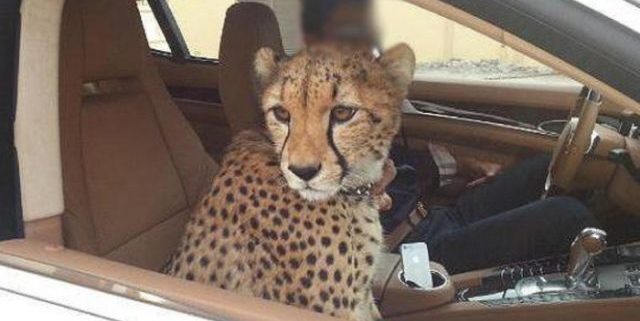 Finally, the United Arab Emirates (UAE) announced that it has outlawed the keeping of exotic and wild animals as pets.

It had become a trend in the oil-rich Gulf State to own tigers, lions and cheetahs, as they were considered as a status symbol of wealth. Now however, anyone with a wild animal as a pet will risk facing time in jail or a large fine.

Pictures have been posted to social media showing lions in the back of cars, and a video emerged in October showing five tigers on a beach in Dubai. There are also pictures of a cheetah riding in the passenger seat of a car.

The new law bans dealing in and ownership of “all types of wild and domesticated but dangerous animals,” the Gulf News reported.

Zoos, wildlife parks, circuses, and breeding and research centres will be the only places that the exotic animals are allowed to be kept.

Anyone using the wild animals to “terrorise” others would need to pay an additional 200,000 dirhams.

Domestic animals are also being affected by the new law. Dog owners must now obtain a permit for their animal by mid June and must always keep them on a leash while in public. Failure to do so could result in a fine of up to 100,000 dirhams. This penalty also applies to owners who neglect to get their dogs vaccinated against dangerous diseases.

RIP Tilikum, You Are No Longer Captive
Scroll to top