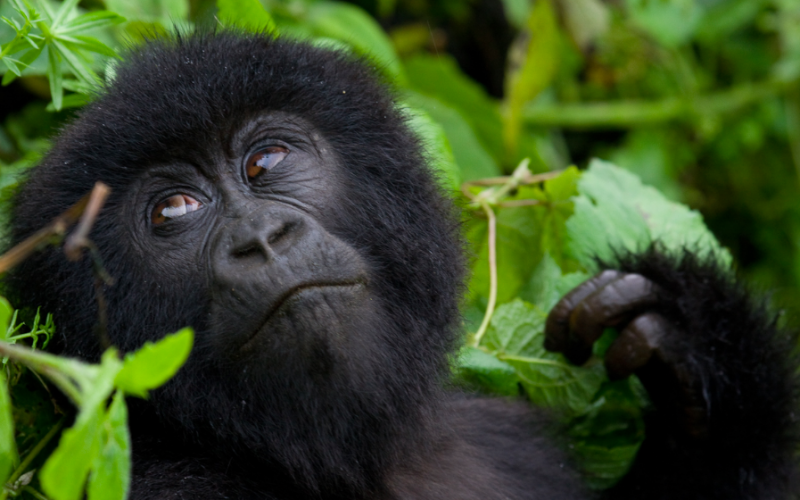 RWANDA-Researchers have observed two four-year old gorillas working together to dismantle snares within Rwanda's Volcanoes National Park a few days after a poacher’s trap killed a fellow mountain gorilla in the same area.

Veronica Vecellio from the Dian Fossey Gorilla Fund's Karisoke Research Centre in Rwanda: “This is absolutely the first time that we've seen juveniles doing that … I don't know of any other reports in the world of juveniles destroying snares. We are the largest database and observer of wild gorillas … so I would be very surprised if somebody else has seen that."

Gorillas are not the intended victims, as thousands of snares are set up by local bush meat hunters who are attempting to catch antelopes and other animals.

The traps, hidden by dry leaves and branches, operate by tying a noose to a branch of bamboo stalk, and bending it down to the ground, while another stick or rock is used to hold the noose in place.

If an animal moves the anchoring rock or stick, the branch will fling back up and tighten the noose around it, holding the captive in place until the poachers arrive, even possibly hoisting the captured animal into the air.

Young gorillas often are not able to free themselves, and run a huge risk of succumbing to injuries caused during their escape.

The worrisome fact is that the population cannot sustain these losses.

A tracker, John Ndayambaje, attempted to dismantle the snare, but was given a warning signal by the dominant male of the clan indicating that he wanted him to stop.

Ker Than of National Geographic: "Suddenly two juveniles – Rwema, a male; and Dukore, a female; both about four years old – ran toward the trap. As Ndayambaje and a few tourists watched, Rwema jumped on the bent tree branch and broke it, while Dukore freed the noose."

The two gorillas then reportedly located another snare, and with the assistance of another juvenile, managed to dismantle it as well. Researchers suspect that the confidence and speed with which the gorillas destroyed the traps means they had educated themselves on the dangerous nature of the contraptions, and have most likely dismantled them previously. They have stated that they will not interfere with the gorillas’ behavior and hope they will teach the rest of their clan to disable the traps as well. 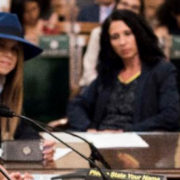