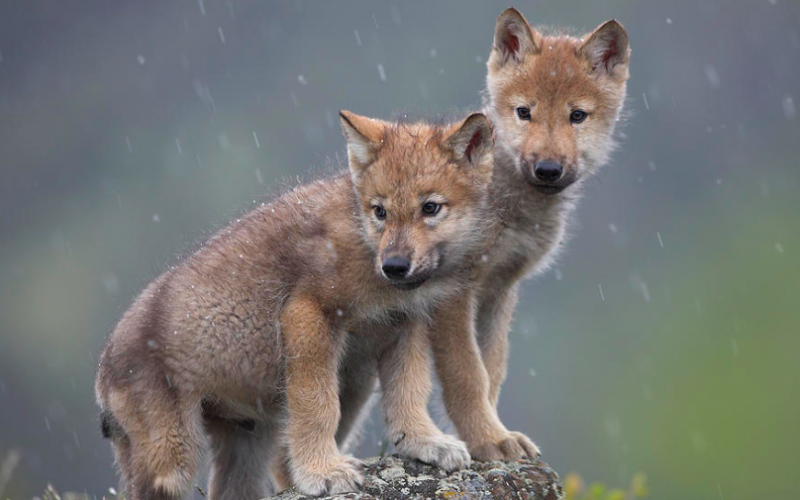 The California Department Of Fish and Wildlife Conservation held a public meeting last night at Cal State Long Beach to discuss the controversial plan that would allow gray wolves, listed by California as an endangered species, to be killed under certain circumstances.

The public meeting allowed stakeholders in Southern California to give a voice to the voiceless in an effort to extend protections for the wolves at risk.

Fifty animal welfare advocates and three hunters (and one wolf hybrid) attended the meeting to discuss the plan. Animal advocates posed the question as to how humans can put a number on a population, as the plan has suggested that once the wolf population hits fifty, wolf hunting may begin.

“Humans are the ones who are overpopulated. Wolves don’t put a number on us,” said World Animal News and Peace 4 Animals founder and president Katie Cleary as she spoke in front of attendees.

Social Compassion in Legislation’s founder Judie Mancuso and the Center for Biological Diversity were also in attendance. These groups are concerned that the plan could allow the possible delisting after the population hits a mere 50 to 75 wolves.

Mancuso spoke for the welfare of wolves, as well as a majority of Californians: “The focus should shift to protection and recovery and we should not be even discussing any kind of number or cap until we have a nice healthy population once again of which to be proud. In California, as you are hearing tonight, out of the 38 million people in this state, more care for the welfare of these animals than for killing them because of a nuisance or to put them on their wall as a trophy.”

Amaroq Weiss, West Coast wolf organizer for the Center for Biological Diversity: “The plan fails to explain why such a small and fragile population should have protections removed. The state Fish and Wildlife Department’s own scientists believe that more than 500 wolves could be supported in Northern California and the central Sierra Nevada range.”

California’s wolves wandered into California from Oregon by natural expansion into the wilds of Siskyou County nearly two decades after they were introduced in and around Yellowstone National Park.

A final decision on the plan is not expected until sometime next year.

You can look at the draft plan for wolves HERE: