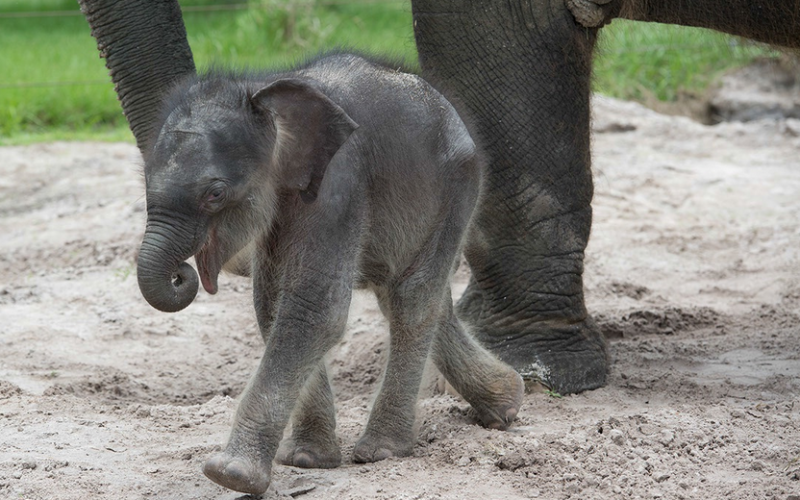 Final necropsy results are in progress, but officials preliminary results along with blood tests suggest that the virus was the cause of death.

Dr. Ashley Settles, the director of Ringling Bros. veterinary care: "No one knows why the virus manifests this way in some elephants, since most elephants harbor the virus and never become ill. Mike only began to show the slightest of symptoms on Saturday and was eating and drinking well as late as Sunday afternoon, but the illness progressed very rapidly. As soon as symptoms began we started treating him, but by Monday morning there was nothing more anyone could do to prevent his passing."

The elephant was born at the breeding center on June 27, 2013 to parents also born there. Mike was the first elephant to die of EEHV at the center, which has experienced 26 endangered Asian elephant births since 1995.

The Center for Elephant Conservation (CEC) is a 200-acre breeding farm and retirement facility for elephants that is sponsored by Feld Entertainment, the holding company and owner of Ringling Brothers and Barnum and Bailey Circus. The CEC is the largest Asian elephant gene pool outside of Southeast Asia. The center failed a USDA inspection under the Animal Welfare Act due to its restraint policy in 1999. At least one case of TB was noted during the inspection.